Tasks are predefined stimuli or instructions that you can present to a participant during a recording session. By using precise, repeatable tasks, you can ensure data are appropriately comparable across multiple sessions (under different circumstances, for example) and across multiple participants.

In order for the timing of task stimuli to be synchronized and recorded alongside your Flow data during a session, tasks must be created using a specific framework (and run on the Kernel Flow PC or another PC on the same local network). You can create your own tasks using the Kernel tasks SDK, or you can use one of the common tasks included on your preconfigured Kernel Flow PC: 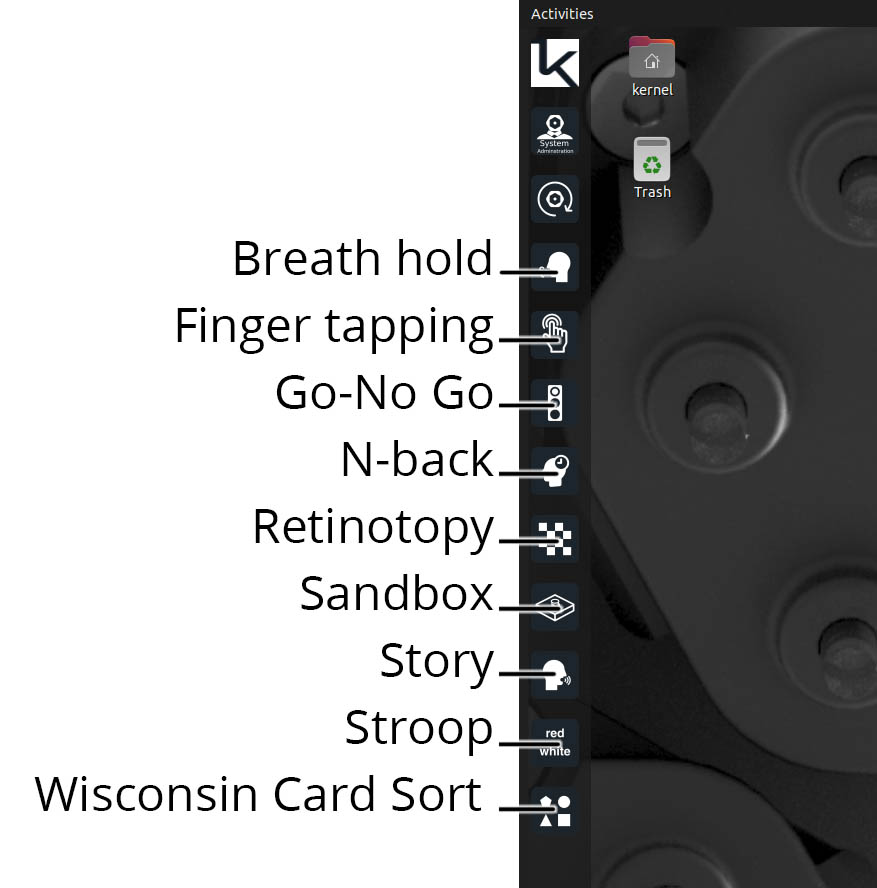 As seen in the image above, these tasks are all pre-loaded as icons in the Taskbar of the Kernel Flow PC.  The tasks are described below:

To run a task from the Kernel Flow PC:

During the running of a task you can press Control-c to return to the Task Controls screen.

While running the task, be sure to move the pointer away from any onscreen stimuli.

Also, be careful not to click outside the task window while a task is running or keyboard inputs won't  be logged.

Be sure to add a Task name associated with your task in the Data Acquisition section of the Kernel Flow Desktop Application, to ensure the metadata in your dataset includes an identification of the task performed by the participant during the session. To learn more, see Adding Task names.

By entering and using this site, you consent to the use of only necessary cookies to enhance your site experience and improve our services.